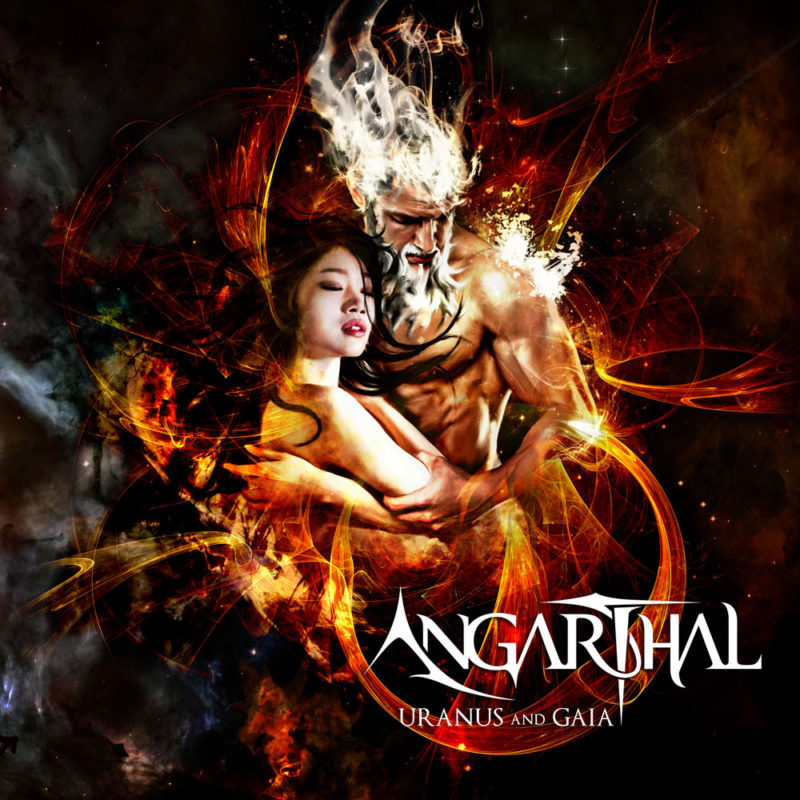 “Uranus and Gaia,” the new album by Italian Heavy Metal group ANGARTHAL, transports the listener to a world of wonder and mystery, blending fantastical fiction with the always-enthralling power of classic Heavy Metal.

Powered by the super-talented singer/guitarist Steve Angarthal, the band’s first release is chock-full of the sort of epic, melodic goodness that fans have long adored, from guys likeHELLOWEEN and IRON MAIDEN to latter-day acts such as WHITE WIZZARD andULTIMATIUM. The album was written and performed almost entirely by Angarthal himself, no mean feat even for a well-known guitar maestro, and you can tell it really is a labor of love with the impassioned performances found throughout. Backed by Luca Saja’s powerhouse drumming, ANGARTHAL bring an infectious enthusiasm to tracks like opener “Punch” and the title track, which never miss a chance to display their progressive tendencies as well as their sheer musical might.

This is all done without detracting from the normal flow of each song; for the most part, it never feels like the band is trying to flex on the listener. Instrumentals like “Leviathan Rising” and “Miles In The Desert” are indeed showcases of the Angarthal’s compositional ability, though they are just as nuanced and song-focused as any of the tracks he does lend his vocals to. Elsewhere, more serious-minded songs like “Morrigan” and “After The Rain” power ahead with their dazzling melodies and shimmering atmospheric effects. “Wielders Of Magic” yet again ventures forth without lyrics to accompany it, but the combination of dancing, clean guitar parts and electrifying solos more than provides the sense of awe its title suggests.

While the momentum on the album starts to waver after the initial wave of high-energy offerings, there isn’t a bad track to be heard on “Uranus and Gaia” as the band deliver track-after track of melodic Heavy Metal goodness. The album’s mixture of fantastical imagery and well-thought-out compositions makes for a release that is likely to be satisfying to Heavy/Power Metal connoisseurs as well as newcomers.